For patients suffering from atrial fibrillation (AF), an ablation can be the solution to stop the symp-toms. Through the introduction of specialized catheters into the heart chambers, the electrophysi-ologist maps the cardiac electrical activity and seeks to identify pathologic regions triggering the abnormal rhythm. These areas can be heated and treated with radio frequency energy. However, due to the great complexity of the underlying mechanisms generating AF, the arrhythmia might not disappear even after an apparent successful ablation.

Current in-silico methods can provide an additional approach allowing physicians evaluate different ablation strategies with the use of computer simulations. Nowadays, during the electro-physiological study it is possible to acquire information about the electrical properties of the tissue and generate a "digital twin" of the patient's heart. These personalized models can be used to eval-uate various ablation patterns and test whether the ablation of these areas can potentially terminate the arrhythmia.

The project is divided into three stages: 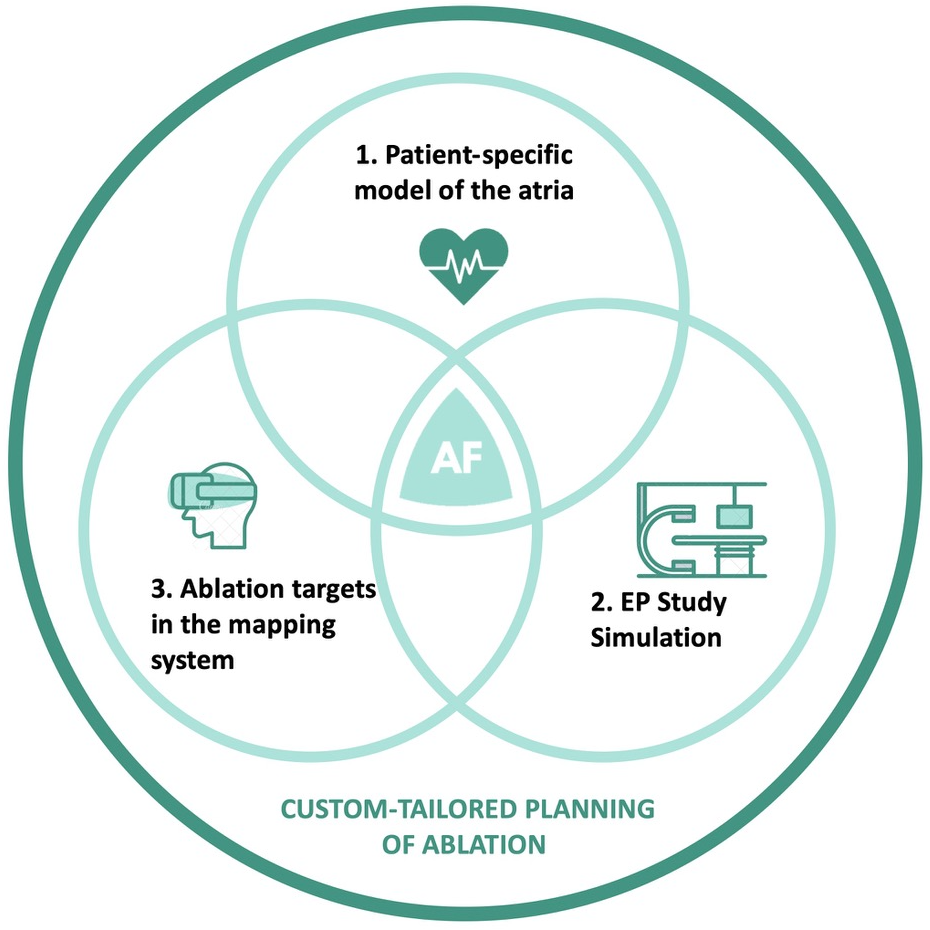